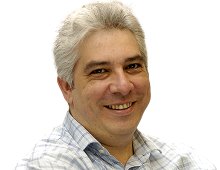 Gary Cowen is a specialist property litigator with practical experience of commercial and residential property disputes.

Gary has acted since 1991 as a specialist advocate and adviser appearing regularly in the Court of Appeal, High Court, County Courts and in specialist property tribunals. In 2009, he was appointed a Deputy Adjudicator to HM Land Registry and in 2013 became a Judge of the First Tier Tribunal in the Property Chamber.