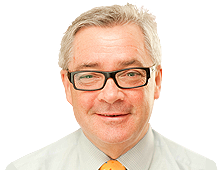 Kirk Reynolds KC advises and appears in Court and arbitrations in all areas of property law, and has for over 30 years acted as arbitrator, independent expert and legal assessor in property disputes.