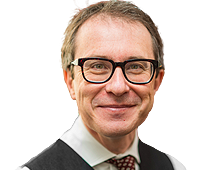 Jonathan has appeared in numerous leading cases. His practice embraces all aspects of land law and related areas including

His expertise makes him a natural choice in cases where property, planning and public law issues coincide or collide.

Jonathan regularly acts in arbitrations (the details of which are confidential) and is himself an arbitrator. He is a FCIArb, a member of the Agricultural Law Association Disputes Resoluction Panel and a member of Falcon Chambers Arbitration.