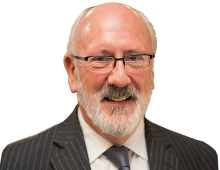 Jonathan has wide experience of arbitration as advocate, legal assessor and arbitrator going back to the 1980’s. He has conducted arbitration hearings which have lasted several weeks with numbers of witnesses, as well as shorter hearings and paper arbitrations.

Since 2001 Jonathan has also sat for 3 or 4 weeks a year as a Deputy Judge of the Chancery Division of the High Court and has not (to date) been successfully appealed.

He is the joint editor (along with Mr Justice Morgan) of Gale on Easements and the author of numerous articles and ten lectures in the Blundell Lectures series.